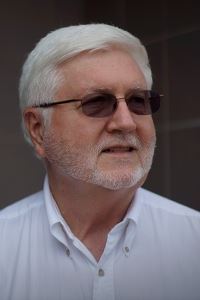 The IC Division Office building burned in 1986 as a result of an arsonist. My understanding was that someone left Tres Hombres, went across the street and set fire to the building. We were out of town that night, returning home rather late. As we drove towards Carbondale from the east, the sky was brightly lit up by the blaze. The building was of wood-frame construction. The original 1899 building was expanded - the following article indicates that construction of the expansion was underway in 1922.

My understanding was that the City purchased all four quadrants of the public square in 1990, which would have included the property where the IC Division Office (now Town Square) was located, along with Daniel Harmon Brush's 1854 Freight/Passenger Depot (reconstructed in 1992 as the current Pavilion using original timbers from Brush's 1854 Depot), the 19March 1930 brick passenger depot (now Main Street office and railroad museum), and the Veteran's memorial plaza across from the Newell House. I don't know about the right-of-ways along the tracks some of which are now parking lots. I believe those may have been later purchases by the City. Prior to being purchased by the City, the railroad property was poorly maintained -standing water, overgrown weeds, dilapidated depots. I have some photos of the area which I took from those days - a stark contrast to the appearance today after the City's investment in rehabilitating the depots and landscaping improvements.

Regarding the former passenger depot, we prepared an historic structure report and restoration plans for the building. The exterior work was completed in 1992; the interior restoration was completed in 1996. Prior to all of this, the plan had been to suppress the railroad tracks through town. The current passenger station was built, as I understood, in anticipation of suppressing the tracks. The 19March 1930 brick depot would have been demolished to make room for the temporary relocation of tracks while the suppression was under construction. Jeff Doherty could probably fill in a lot of information and the sequence of events because of his involvement with the Railroad Relocation Project, and later as City Manager.

I believe that the initial push for the City to acquire the railroad's property and to restore the depots came from the planning retreat held in the mid-late 1980s at Touch of Nature. A facilitated brain-storming retreat was held to obtain the community's input regarding the downtown. Among the ideas put forward was to bring City Hall back downtown which was implemented resulting in the City Hall/Civic Center being completed in 1996. The property where the City Hall/Civic Center is now located was open land, the commercial buildings having been purchased and demolished as part of the convention center project pursued by the City for a number of years.

All of these projects combined significantly improved the appearance and quality of the downtown environment. The roots of these improvements go back to the planning and public input sessions. There was a lot of community interest and enthusiasm around the planning retreat, which was well attended.